The Apple iPhone 13 series is finally here after months of speculations. The iPhone 13, Mini, Pro, and Pro Max are the four iPhone 13 versions. All four new phones come with enhancements, some of which are features that consumers have been requesting for years.

The phones don’t seem all that different from last year’s iPhone 12 models, but they do come with a slew of improvements, new capabilities, and more.

Meanwhile, this article will highlight all you need to know about the iPhone 13 series. 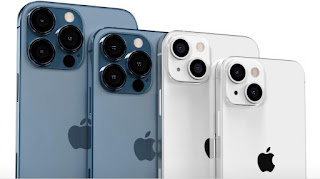 Specifications and Performance of iPhone 13

The iPhone 13 series is getting a new processor, with Apple’s A15 Bionic chip now available in all four variants. The new chip is manufactured using a 5nm technology. However, it should add a little extra punch to an already super-powerful CPU. It has two high-performance cores and four high-efficiency cores, making it a 6-core CPU.

Also being upgraded are the storage amounts. Apple has dropped the 64GB storage option, leaving the base iPhone with 128GB of storage. Others who want to keep a lot of data and media on their device will like this, however those who rely heavily on cloud services may not notice much of a difference. There’s also a new 1TB storage option.

The gadgets’ 5G performance has also increased. The gadget now supports C-band 5G networks, which may play a significant role in 5G deployment in the next years.

Many weren’t counting the iPhone 13 to have many design changes after the iPhone 12 series received a huge makeover. Apple’s latest phones have the same squared-off corners and huge square camera module as previous-generation phones. That’s not necessarily a negative thing; fans enjoyed the look last year, and it’s still going strong on in the year.

However, there are a few design tweaks to be made. The fact that the gadgets will have a smaller notch is perhaps the most visible of these changes. Unfortunately, we’ll have to wait for the notch-free iPhone that everyone is anticipating.

The iPhone 13 and iPhone 13 Mini have a different design. Instead of vertically aligned cameras, the two devices now have cameras that are diagonally positioned. It’s not a major change, but it’s still a method to distinguish the phones.

The iPhone 13 Pro is available in four colors, including a new Sierra Blue. The frames of all four are made of stainless steel. The Pro devices also include a larger camera module, which allows for larger camera sensors, which we’ll talk about a bit later. For those that keep their phone in a case, it won’t make much of a difference. 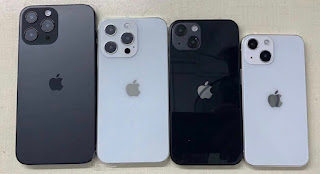 Expertise The display on iPhones is getting a huge improvement. Apple’s Pro devices are adopting ProMotiondisplays after years of fast refresh rate Android phones. That implies they’ll have a 120Hz refresh rate, which should provide smooth animations and a snappy feel to applications.

This is a long-overdue addition, though it’s great to be seeing.

Despite early rumors, the display does not have a Touch ID sensor. It’s feasible that this will happen in the future.

The iPhone 12 series saw a significant advancement in iPhone camera technology, with bigger camera sensors that operate better in low light. In this regard, the iPhone 12 Pro Max in particular performed admirably. That technology is now available throughout the full iPhone 13 lineup, according to Apple. As a result, devices should be able to provide superior low-light performance and stabilization.

Aside from the sensor-shift technology, the camera has a few other enhancements. The gadgets come with a 7-element wide camera with a bigger sensor.

In addition, the iPhone 13 Pro features a 6-element ultrawidecamera with an f/1.8 aperture.

This improves their performance in low-light situations, and it also allows them to take macro photos without the use of a separate macro camera. In addition, the telephoto camera on the Pro versions now has up to 3x optical zoom, giving it a total zoom capability of 6x when combined with the ultrawidecamera.

Furthermore, the series has certain new software features. They have a new Cinematic Mode option, which is essentially a video version of Portrait Mode. By tapping on subjects on the screen, you can alter the emphasis of the mode. Styles, a new AI-based filter system, is also available on phones.

The series is also getting a significant battery boost. A battery boost will be applied to all four models. The iPhone 13 Mini and iPhone 13 Pro will last 1.5 hours longer than the iPhone 12 Mini, according to Apple, while the regular iPhone 13 and iPhone 13 Pro Max will last 2.5 hours longer. This, according to the business, is largely attributable to a more efficient chip and software. We’ll ought to watch then see how large the batteries are in real life.

Let’s look at the price of the iPhone 13 and when it will be available in the market. 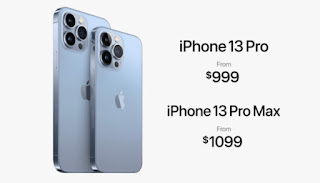 Pre-orders for all four iPhones 13 will begin on Friday, September 17th, with official sales beginning on September 24ththis year.