One of the biggest features coming to the iPhone later this year as part of iOS 16 is the ability to edit, or even unsend messages that have already been sent.

Apple is concentrating on improving iMessage with each iOS update. With iOS 16, the company is adding a lot of new features to its messaging service. Two of the most significant additions coming to iMessage are the ability to edit and unsend messages. 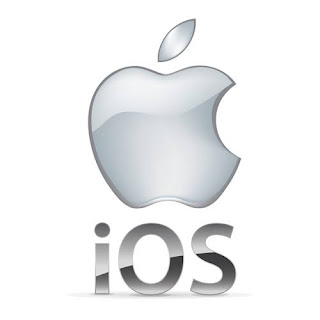 The features is very useful for people who can’t type a sentence without making a mistake.

Apple has place a limits to the time for iPhone users to be able to edit and unsend messages to 15 minutes, which is enough to use of the two features.

However, this features are not for Android users, it is only for iPhone users.

In this article we will be explaining how you can edit and unsend texts (within 15 minutes of sending them) with iMessage in iOS 16.

Will it work on older iPhones?

Anyone who wants to make use of these features should also be running an iPhone with iOS 16.

Editing of sent messages will work as explained If they are using the said IOS,  But if you try to edit a message sent to someone on an older version of iOS (or even an Android user participating in a group iMessage chat), it will go wrong in one of two ways.

If the sender is using the first developer beta of IOS 16, editing messages sent to non-iOS 16 devices simply won’t work at all.

How to edit a message in iOS 16

You have probably been in the position where u you sent a message with a typo but you had to send another message to correct that typo. That might be a long processing for you but all thanks to iOS 16, you can now edit that mistake in the message itself. And Here’s how.

Step 2: Select an existing conversation or begin a new one.

Step 3: Type your message and send it.

Step 4: Select and hold the message to reveal a pop-up menu.

Step 6: You’ll get the option to type out the message again. Make any necessary edits.

Just like Telegram, iMessage will inform you by showing an “Edited” mark below the message you just edited.

However, In this aspect, it must be known that for the changes to appear the recipient also needs to be on iOS 16. If you are using IOS 15 and you edit a message sent to someone they will see the edited message as a separate message.

How to unsend a message in iOS 16

There are also times when you might mistakenly send a message to a wrong group chat.  In a situaation like these, iOS 16 enables you unsend such messages within 15 minutes of sending.

Make use of these steps below to unsend that extremely cringe text. You will need to do this within 15 minutes of sending it.

Step 1: In the Messages app, find the conversation and the text you want to unsend and Long press it. 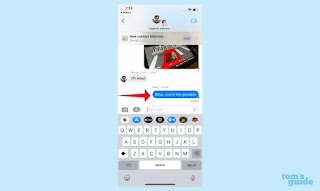 Step 2: In the pop-out menu, click on Undo Send. 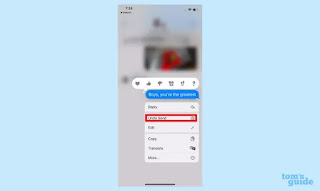 The text will then be removed from the conversation and it will be put back by a message stating that you unsent a message. 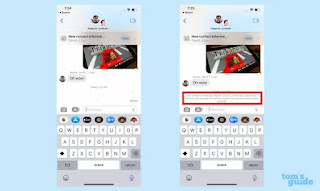 The message will disappear but the receiver will see a status message to show that a message was unsent by the sender. Again, this only happens if the person you sending message to is also running iOS 16. If the user on the other end isn’t running iOS 16, the message won’t be unsent for them.

Apart from these two features, iMessage is getting many more features. iOS 16 will now allow SharePlay theough Messages, which simply means you will be able to share synchronized activities like music, movies, and more with friends. But editing and unsending messages take the spotlight for obvious reasons. Additionally, you will be allowed to recover recently deleted messages for up to 30 days after deleting them.

There are also Limits to Unsending and Editing Messages, Below are the four essential things you should know about unsending and editing text messages on an iPhone: