Samsung is one of the few Android OEMs (Original Equipment Manufacturers) that gives a call recording function with the Phone app in supported regions.

Recording a phone call is incredibly useful sometimes, especially when you want to make a note of directions, meeting discussions, or critical conversations during a voice call. 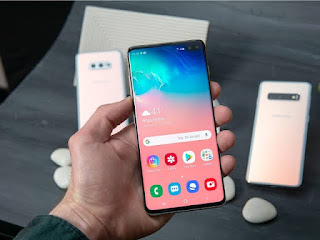 You can possibly record a call on Samsung Galaxy phone and check it later Instead of writing down with pen and paper.This article will guide you on how to both manually and automatically record phone calls on the Galaxy S22 series phones.

Can You Record a Phone Call on a Samsung?

You can be able to record calls on a Samsung without using a third party app depending on your phone’s model. In many places, it is not legal to record phone calls without the knowledge and consent of all parties.

On a Samsung phone, you can’t, by default, record voice calls you make through Wi-Fi or VoIP (such as Skype calls). There are third-party recording apps which offer more options, but most of them will not work on devices running Android 9 or newer. You can make your Android phone to install recording software, but it will cancel the device’s warranty.

Call recording may not be an option for all carriers in different countries. There are various ways to calls on android If your Samsung doesn’t support call recording.

How to Automatically Record Calls on a Samsung Phone

You can set your Samsung Galaxy smartphone to record all calls automatically. You can record calls from all contacts in your phone book, selected contacts, or only from unknown numbers depending on your choice. 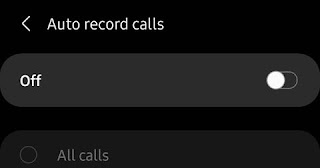 1.Launch the Phone app on your Samsung Galaxy device.

3.Jump into the Auto record calls menu and enable the feature.

4.Proceed to select whether you want to record All calls, Calls from unsaved numbers, or Calls from specific numbers. 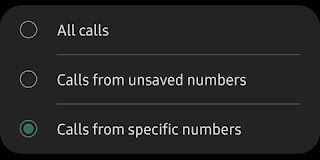 How to manually record calls on Galaxy S22 series devices.

You will be happy to know that Samsung also offers you the option to record each call manually If you don’t want to set up automatic call recording for some reasons. Follow these guidelines to record calls manually. 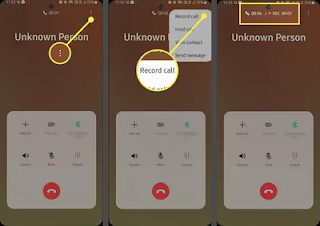 Your phone should now start recording the current call. The recording will end up in the same Recorded calls section in the Phone app settings.

Below are steps on how you can find all the saved call recordings and share them with others.

1.Open Phone settings on your Samsung phone (check the screenshots above).

4.Check the entire list of recorded calls filtered by Name.

You can also filter the list by date, type, and size. Long-tap a recording when you want to move it to another folder, copy, rename, delete, or share the clip over an IM (instant messaging) app.

In conclusion, As evident from the guide above, the process to record calls on Samsung Galaxy smartphones is uncomplicated, provided local laws don’t prevent the company from offering the feature in your region.

Always remember with power comes responsibility, so you should never record calls without informing the other party in the call about it.

Call recording is just one of many features you’ll find on Samsung devices but not other Android phones. It’s well worth exploring some of the other things you can do in the Galaxy’s One UI software.