As one of the basic representative in generating an enjoyable atmosphere, background music has seemingly become an inseparable part of online video production.

After years of the liberal use of music content, Twitch has updated its Terms of Service (TOS) to abide with the DMCA rules, forbidding streamers from using any tracks protected by copyright. Although Twitch is being transparent about its TOS for music, these rules are fairly complex and not always clear to everyone.

This article covers everything you need to know about playing music on Twitch in order to avoid punishment.

How Do I Play Music on My Twitch Stream?

There are several ways to play background music on a Twitch stream. You can load up a YouTube video or a music player like Spotify, If your stream is arranged to air the same audio output you hear through your headphones, play a song, and it will play on your stream. If you are streaming from a console, then you can do the same thing by launching an app like Spotify on the console, playing a song, and then returning to your game.

If you use airing software like OBS, you can also use an app like Spotify as a source and then adding that to your OBS scene. This works a lot like adding a game to OBS, but you can overlay your game with a Spotify mini-player if you like.

Here’s how to add Spotify to your Twitch stream in OBS: 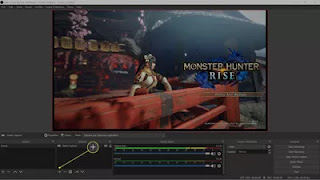 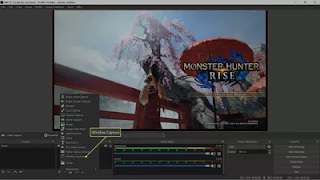 3. Rename the window to Spotify, or something else you will remember, and click OK. 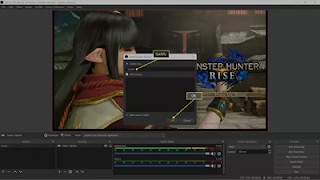 Note: Deselect the make source visible box, If you don’t want the Spotify window to be visible on your stream. 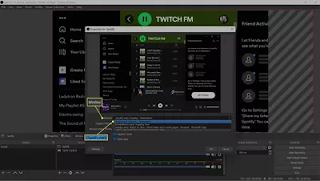 Note: If you don’t see Spotify as an option, make sure the Spotify app is running on your computer.

5. Click and drag the red outline to resize the Spotify window. 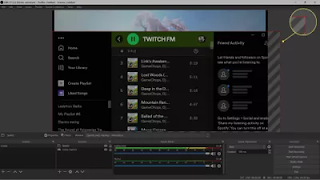 6. Press and hold Alt, then Tap and drag the Spotify window outline to crop it. 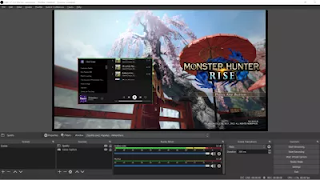 7. When you have cropped the Spotify window to your liking, click your mouse to release it. 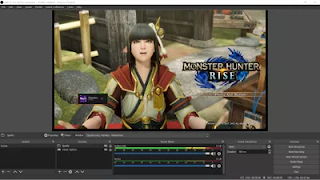 8. Click and drag the Spotify window anywhere you like on the screen, and you’re ready to go. 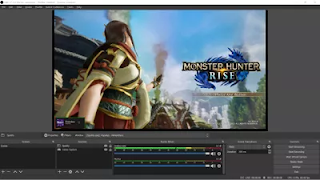 In these examples, The window was cropped to show only the currently playing song, but you can crop to show the controls as well, the current playlist, or any other part of the Spotify window.

Can I play Spotify music on Twitch?

Having a Spotify subscription doesn’t give you the green light to play Spotify music during a Twitch stream. This music is intended only for personal use, so you are bound to face a DMCA claim if you stream with Spotify.

Can Twitch ban you for playing music?

Of course Yes! When it comes to copyright takedowns, Twitch operates with a three-strikes policy. If you go against the guidelines more than three times and use copyrighted content, your profile will be banned from the platform.

Can You Play Copyrighted Music on Twitch?

You can are only allowed to play copyrighted music on Twitch if you own the copyright, if you have make payments for the rights to stream the music, or if the copyright owner has given explicit streaming permission either to streamers in general or you in particular.

If you play copyrighted music on Twitch, which you don’t have the rights too, you will run afoul of both Twitch’s terms of service and copyright law. That means you could face consequences from Twitch, and you could also be open to legal action by the copyright owner.

Before you play copyrighted music on Twitch, make absolutely certain that you have permission from the copyright holder.

What music can you play on Twitch livestreams?

There are three different kinds of music content according to Twitch’s music rules, which you can use in your streams:

No attaching background music to your intro or streaming music from streaming services. You cannot re-stream a radio broadcast or use 30 seconds of any song. In fact, you can’t even stream music you owned (aka .mp3 files that you have bought and downloaded).

None of those things get around copyright law, and none of them include a magic loophole you can exploit.