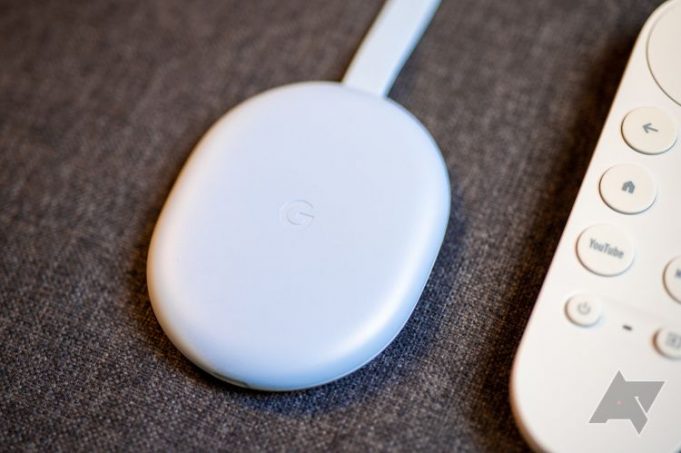 The Chromecast with Google TV become one of the first smart TV devices that runs the company’s new Google TV interface. It has made its way to both streaming sticks since and full-fat smart TVs alike, but it all begin with Google’s in-house hardware. According to the rumor, a new affordable version of the device will arrive sooner than later, and currently, we have some pictures of this device in the flesh. Spoiler alert: it’ll look pretty much alike.

Some pictures of the device was managed to get by Tecnoblog (via 9to5Google). Presumably, The photos submitted to Brazilian spectrum regulator Anatel, show a prototype Chromecast that looks alike to the standard Chromecast with Google TV that’s currently available on store shelves.

It’s not likely you will find any differences to see even if you look at it very well, it has the exact ovular puck shape with an HDMI connector attached to it. The only reason we know this is a prototype is because it’s covered with identifying stickers and one of them shows the model number G454V, which showed up previously at the FCC. You would probably have a hard time setting m the original Chromecast with Google TV apart if you took those stickers off.

According to rumor, this device will be running on top of 2GB of RAM and Amlogic’s S805X2 chip, which supports AV1, but is slightly less powerful than what runs in the 4K model. And of course, the main difference is that this cheaper Chromecast will only support 1080p output, rather than up to 4K.

The fact that this doesn’t carry any design changes isn’t that noteworthy, all in all. After all, this is going to hang from the back of your TV for most of its lifespan, so it’s not like you’re going to look at it all the time. It will carry a number of internal changes, though, since this is, after all, a lower-end model.

While there’s a chance Google could reveal this device sooner rather than later, We might know more about this device on October 6th, when the Pixel 7 and Pixel 7 Pro get officially unveiled.

How to Fix It When Roku Keeps Buffering