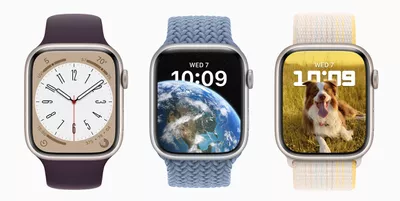 Apple has released WatchOS 9 on the 12th of September, the latest version of the watchOS operating system designed to run on newer Apple Watch models. WatchOS 8 is compatible with the Apple Watch Series 4 and later.

Along with iOS 16 Release, Apple has also dropped the public version of watchOS9 for the Apple Watch. Apple added four new watch face options (Lunar, Playtime, Metropolitan, and Astronomy), each with a different visual theme and incorporated information sets. Lunar shows the relationship between the Gregorian calendar and lunar calendas, while Playtime offers animated and personified numbers created in collaboration with artist Joi Fulton.

Metropolitan is a classic type-driven watch face and Astronomy is a revamped version of the original astronomy watch face with a remastered design and new star map and cloud data.

“In the updated Workout app, advanced metrics, views, and training experiences inspired by high-performing athletes help users take their workouts to the next level,” the company said in a statement.

The Sleep experience on Apple Watch already authorize users to create Wind Down and Bedtime schedules, and also track their sleep to help them meet their goals.

With the introduction of sleep stages, Sleep tracking in watchOS 9 provides even more insights. Using signals from the accelerometer and heart rate sensor, Apple Watch can estimate when users are in REM, Core, or Deep sleep, and when they are awake.

In the sleep app, Users will see sleep stage data on Apple Watch and can view more detailed information, like time asleep, with additional metrics, like heart rate and respiratory rate, in sleep comparison charts in the Health app on iPhone.

The new Medications app makes it easy for users to comfortably and discreetly manage, understand, and track medications.

For the first time, any Apple Watch user running watchOS 9 even those without a Nike model can access all the Nike watch faces, including the fresh colours coming to the Bounce face.

The update brings enhanced and modernised complications to some classic watch faces, such as Utility, Simple, and Activity Analog, along with background colour editing for Modular, Modular Compact, and X-Large for additional personalisation.

The Portraits face showcases the depth effect on more photos, including cats, dogs, and landscapes, while Chinese scripts have been added as options for California and Typograph watch faces.

Focus now allows users to choose an Apple Watch face to automatically appear when they start a specific Focus on iPhone, such as the Photos face during a Personal Focus, helping users stay in the moment.

All of these watchOS 9 updates, and more, are available now as part of a free update. You can download watchOS 9 for your Apple Watch Series 4 or later and you’ll probably want to update your iPhone while you’re at it.

How to eject water from an Apple Watch