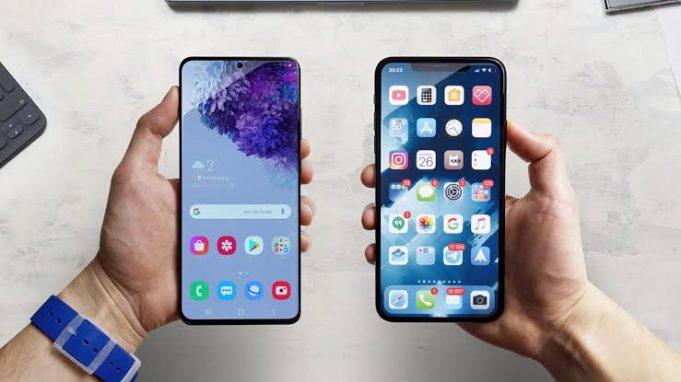 Android phones are pretty great, offering unending customization options and many free apps. However, even with all their benefits, many people (especially at the top end) still prefer iPhones over Android smartphones.

If you’re having trouble deciding between iPhone and Android, take a look at these 9 reasons why iPhones trumps Android.

1. iPhones are easy to use

Firstly, iPhones are quite straightforward. Despite Apple making some improvement over the years like control center, the look and feel of iOS has not changed making the iPhone more advantageous than android because it works pretty same the way it did back then.

An android phone can be modified and customised in various ways, but the basic features of its operating system are much more complicated and confusing than the iOS system.

With the Apple Pay feature, it makes it easier for people to make payments for goods and services with their iPhone in retail stores using an NFC chip build into their iOS devices. Apple pay also allows users make one-tap purchases within apps that have adopted the Apple pay API, and it is available on the web on device running iOS 10 or MacOS Sierra or newer. Devices capable of using Apple Pay within iOS apps or the web include the iPhone 6 and newer, iPad Air 2 and newer, iPad mini 3 and newer, iPad Pro models and Macs with Touch ID.

Google Pay is not yet available in many countries, so if you are looking for a simple and easy mobile payment method, an iPhone is the ultimate choice.

Developers prefer to launch their apps and high-end games first on iOS and then on Android since Apple has a large market share and is known for its versatile and fast operating system. Additionally, iOS runs on consistent hardware, while Android comes in different iterations and versions depending on the phone. This can pose an obstacle for developers looking to publish apps on Android.

Consumers are aware that Apple is known for their secure and thorough screening process. Despite criticism about Apple’s stringent App Store policies, the “walled garden” ensures consumers that the apps they’re downloading are trustworthy.

In terms of security, there is still discussion about whether iOS is better than Android, but most people still favor Apple. iOS provides more frequent upgrades across all devices, a more constrained environment that is more difficult to access, and a more restrictive app store.

iOS users won’t be able to get attacked when all of these data are combined. Its superior software and technological advancements make its coding mechanism impenetrable for malware and viruses. Apple device’s privacy and security standards are very good and strong and work hard to close any gaps that could damage its reputation.

On the contrary, Android devices are more prone to viruses and malware penetration since they use open-source coding. Hence, they are more accessible to virus attacks and other security-related problems.

The family sharing features include shared photo albums, a shared calendar and the ability to see where your kids are on a map at any time. With Family Sharing on the iPhone, rest of the family can share purchases from the App Store, iTunes and iBooks with up to six people. You can still keep your own iTunes accounts, too. When the kid wants to make a purchase, you receive an alert via the Ask to Buy feature, so you can keep better tabs on what he’s downloading and also prevent bill shock.

Google doesn’t offer easy family sharing on Android devices, but Android does benefit from a much better selection of the best parental control apps.

The customer support of Apple’s iPhone is the best. It provides the high-quality service that its customers expect and pay for. Apple knows its customers well, what they need and what they don’t need, so they develop their products in a customer-centric manner. Apple provides a guaranteed warranty on its gadgets. It also provides insurance claim options for its users, one of the best services a customer could ask for.

For example, if you’re having trouble with your Android phone, you can search internet forums or contact your carrier. But with the iPhone, you can access a wide collection of relevant assistance articles on Apple’s website, as well as seek advice via live chat.

From the appearance of their retail shops to the design of their devices, they are unique and attract many people. Android, on the other hand, lacks adequate service support.

If you haven’t tried a Mac in a while, you might be surprised to know just how well iPhones work with them. For instance, with the Continuity feature in macOS, you can use your MacBook to send and receive text messages and even receive and place calls. All you have to do is keep your iPhone nearby.

Also, iCloud keeps everything in sync, you also have easy access on your Mac to the photos you take on your iPhone, as well as any notes or documents you create.

Lot of users needs special accessibility options, which are offered by the iPhone. There are lot of Low-vision users, visually impaired as well as users with less accurate motor function. These people tend to love iPhone wide variety of accessibility features.

There are a number of manufacturers who build Android devices. They do not all have the same accessibility. Google’s approach to accessibility is to let each manufacturer come up with their own solution.

The fact that iOS users don’t need a third-party application to send messages or conduct an audio/video call over the internet is what makes them stand out. Applications and features like iMessage and FaceTime give an opportunity for users to stay connected with friends and family who are also on iOS devices. The more of your network has an Apple device, the better your communication experience becomes.

In conclusion, With these numerous benefits, people usually choose the iPhone over the Android device. Every product has its advantages and disadvantages but what matters the most is what you prefer. However, keeping every perspective in mind, the iPhone is superior to Android devices. With this review, we are not trying to criticize any platforms but instead providing you with information based on clear and precise data and testimonials from users and other techies.

3 ways to speed up your Android phone