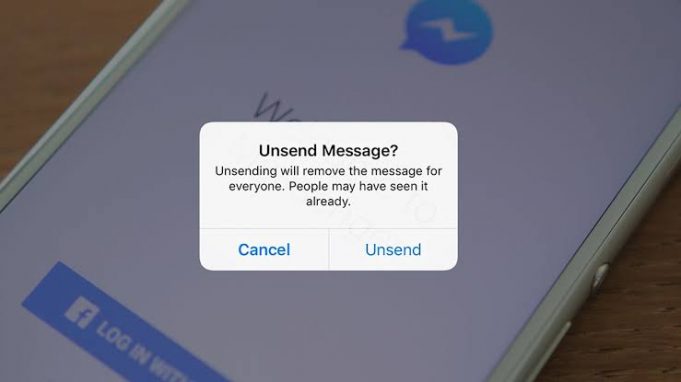 If autocorrect messes up your message, you don’t need to freak out, Facebook has introduced a new feature that allow you delete any message so long as you do so within 10 minutes of sending it. The option works both in regular messages as well as in group chats.

The new feature is easy to use and only requires a few steps. Here’s how to unsend in Facebook Messenger.

How this unsend feature works is plain and simple. Just follow the steps listed below:

1. Tap and hold the message you want to unsend. You will be give an options that you can do with the selected message. If you are using the web version of Facebook or Messenger, simply click the three-dot icon that appears in the overflow menu whenever you hover over a message in a chat or group conversation.

4. Select “Unsend for Everyone.” This will remove the message in everyone’s conversation, not just yours.

5. Select Remove to confirm when prompted, and the message will no longer appear in your message thread as well as to everyone to whom you’ve sent it.

Note: Once the message has been unsent, Facebook will leave some sort of subtle notice informing everyone that you’ve unsent a message. Even so, there will be no option for them to retrieve the original message.

Let’s say you just sent a message you instantly regretted, or you accidentally sent a personal message to the wrong person. Until 2018, Facebook messages could not be unsent or removed from the recipient’s inbox. Now, you can take back your words, GIFs, emojis, or anything else you sent to an individual or group of people.

Unsending a message deletes it from the conversation, so it might disappear before the recipient actually sees it. However, it’s very possible they’ve already viewed the message, especially if it was sent some time previously. The recipient will see that you’ve unsent a message.

As part of its mission to prevent cyberbullying, Facebook administrators can see unsent messages for 14 after they’re unsent in case a message is reported for policy violations. To report the conversation, tap the person’s name, swipe down, and click Report.