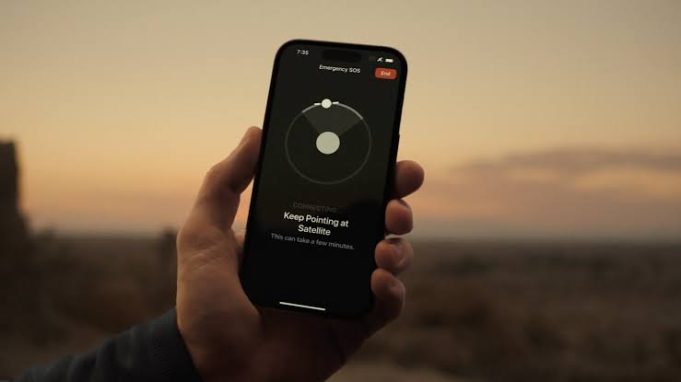 Advancing safety features and maximizing what a smartphone can offer in times of emergency were the major themes of Apple’s ‘Far Out’ launch year this year. The Car Crash Detection and Emergency SOS via Satellite were the features that stood out.

While the former has been around in Android smartphones for a while now, iPhone 14 is the first smartphone to feature smartphone connectivity. And while we hope you may never have to use this feature, it cannot hurt to know how to use it. In this article, we show you how to use the emergency SOS via satellite on the new iPhone 14.

What is Emergency SOS via Satellite Feature in iPhone?

Apple added a new safety measure called emergency SOS via satellite to the iPhone 14 lineup, This feature is a safety feature that enables emergency satellite connectivity in the iPhone 14.

This is exclusively a messaging service for emergencies; you aren’t allowed to make calls or do anything else. All messages will be forwarded to the proper emergency agencies.

How to Connect Your iPhone to a Satellite

The iPhone 14 has the ability to connect to a satellite, but only in emergency situations. You can’t place normal phone calls via satellite, and the option only comes up when you try to contact emergency services in an area where you don’t have access to cellular service or Wi-Fi.

Here’s how to connect your iPhone to a satellite in an emergency:

2. If your phone is unable to establish a connection, the option to connect via satellite will appear.

Note: This option also shows up if you attempt to text 911 or SOS via Messages and your phone is unable to establish a connection.

5. You can also choose whether or not to alert your emergency contacts that you have contacted emergency services.

Note: If you have a friend or family member set up as an emergency contact, this option will let them know that you’re having an emergency, but it won’t put you in direct contact with them.

6. After you’re connected, continue following the onscreen instructions to stay connected while you send your message to emergency services.

8. Anything that obstructs the sky and horizon can block the connection, including buildings, mountains, and even trees.

9. After the connection is established, you’ll be connected to emergency services. Your iPhone will automatically transmit the answers to your emergency questionnaire and your physical location.

10. Remain connected and keep your phone out, as emergency services may have additional questions. You will be able to communicate via text message at this time, but messages can take 15 seconds to one minute to send and receive.

11. The connection may be interrupted from time to time, but it will reestablish automatically, so don’t put your phone away until you have received help

To use Emergency SOS via satellite, you need an iPhone 14 model. It will also require an iOS 16 software update coming in November 2022. You also need to be in a place with no cellular and Wi-Fi coverage.

Emergency SOS via satellite is available only in the U.S. (including Puerto Rico and the U.S. Virgin Islands) and Canada.

This feature might not work in places above 62° latitude, such as northern parts of Canada and Alaska.