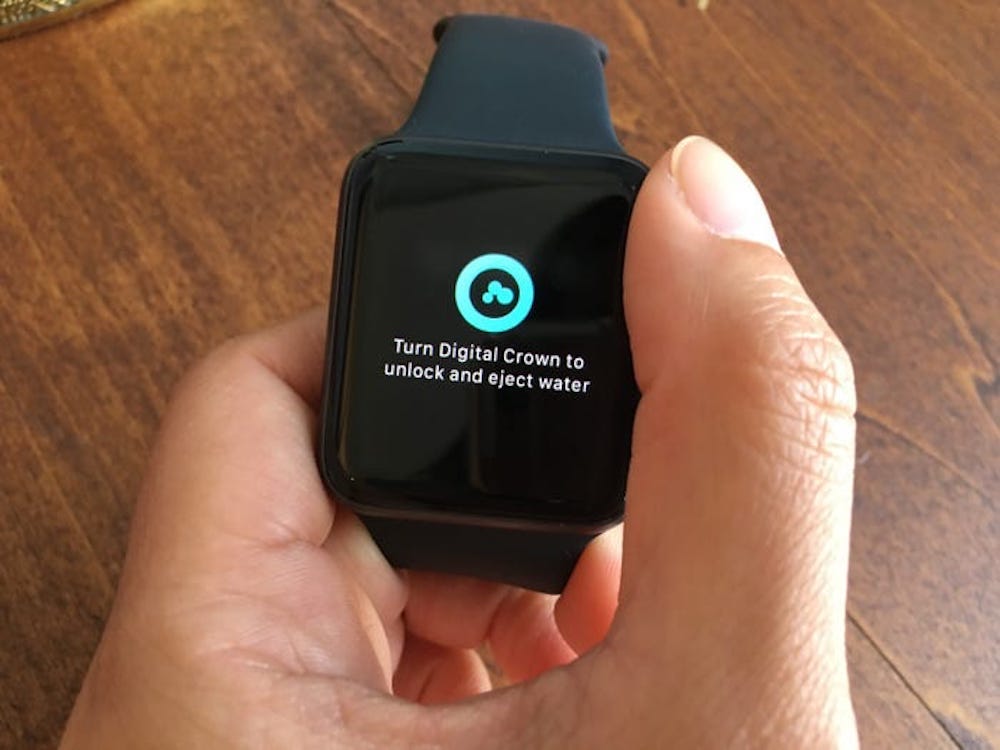 You don’t have to use your Apple Watch water lock whenever you take a dip, but there are lot of good reasons to do so. One of which is the ability to eject any water still stuck in the Watch, preventing damage to the speaker and microphone.

How Does This Work?

Water lock works using sound waves which vibrate at the right frequency to push liquid out of the speaker hole on the left side of your Apple Watch. You can see this in action when the Watch gets wet, but it’s far more impressive to watch in slow motion.

When to Use Water Lock on Apple Watch

Your Apple Watch is powered by a chip and watchOS.  It is a smart cookie, that is because whenever it detects water, it will allow Water Lock automatically. When Water Lock is enabled, the touch screen won’t respond to unwanted touches caused by water droplets. This prevents accidental inputs.

So, you have to check if Water Lock is enabled before you dive into that inviting blue water. However, there are scenarios where Watch may fail to detect water in its surroundings which is why it is a good idea to check.

How to eject water from an Apple Watch

1. Before you expose your Apple Watch to water,scroll up from the bottom of the watch face to launch the Control Center.

You have now water locked your Apple Watch, denoted by a water droplet icon at the top of the screen. Your watch will essentially be locked and prevented from general use until you follow the steps below.

You’ll notice your Apple Watch making some beeping sounds and may even see and feel water being pushed out of the speakers. A confirmation beep will sound once the ejection has completed.

You’re done. Your Apple Watch has been purged of water and you can rest assured that you’ve done all that you can to maintain its water resistance and prolong its life. We’ve got loads more Apple Watch tutorials to help teach you all the tricks, tips and hacks there are.

Your Apple Watch can start corroding the electronics if water remains inside it and comes in contact with the internal components. This may ruin some electronic components inside the Apple Watch. As a result, some parts of your Apple Watch may stop working, like the battery or the speaker.

The worst-case scenario is that your Apple Watch may stop working completely.

Like any other water-resistant electronic gadget out there, Apple does not cover water damage under its warranty for the Apple Watch. If water does manage to enter your Apple Watch and damages it, you will have to pay for repairs unless you have Apple Care+ plan. That’s why it’s wise to prevent water from entering your gadgets and use such methods if your Apple Watch has been in or around the water.