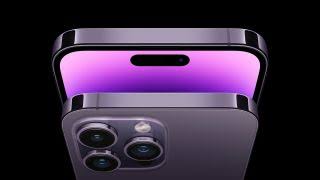 Recently, Apple just released the iPhone 14 and iPhone 14 models, but we’ve been hearing rumors about the iPhone 15 since before the new iPhones even came out.

The iPhone 15 is about a year away, so nothing is set in stone yet, but USB-C, periscope camera technology, and an Apple-designed modem chip have been suggested. This article covers everything that we’ve heard about the iPhone 15 and iPhone 15 Pro so far, but keep in mind that it’s early in the development cycle and Apple’s plans could change.

In the last decade, Apple has only announced its new flagship smartphones outside of September once: October 2020, amid a once-in-a-generation pandemic that required stay-at-home orders and disrupted tech supply chains.

It is possible that the iPhone 15 will arrive in September 2023. Typically Apple announces its phones about ten days before they’re launched, with pre-orders opening a week ahead of go-time.

According to Bloomberg‘s Mark Gurman, Apple may replace the “Pro Max” version of the iPhone 15 with a new “Ultra” model. In 2022 Apple introduced the Apple Watch Ultra, and it has also used “Ultra” naming for the highest-end version of the M1.

It stand to reason that the highest-end iPhone available, often the “Pro Max,” could be renamed the iPhone 15 Ultra.

After raising the megapixels bar to 48MP on the iPhone 14 Pro models, the iPhone 15 could finally get a camera for better long-range photography and zoom capabilities, supposedly along with improved lenses for better quality photos.

While we already mentioned the divide between the regular iPhone 15 models that are likely to use a slower chip, and the Pro versions with a faster, Apple A17 Bionic chip, there is one thing that all four models might share: the modem.

Expect to see the same Qualcomm made modem on all four iPhone 15 devices. Apple has had a frenemy status with Qualcomm, and it tried to break free and develop its own modems, but analysts claim that has proven to be more difficult than expected, so Qualcomm it is.

Satellite connectivity made a debut on the iPhone 14, and we expect Apple to have worked out the kinks of the technology and for it to work even better in iPhone 15.